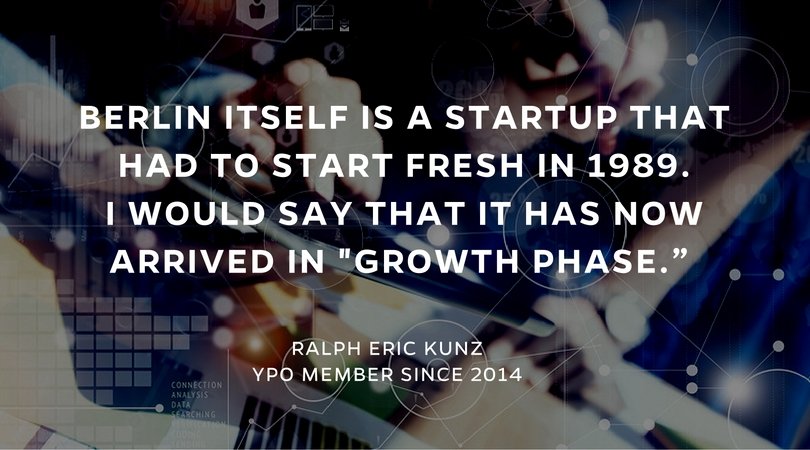 With more than 2,500 startups in Berlin, why is Germany such a hotspot for entrepreneurship an what are the opportunities for business leaders?

That was the focus of a live Twitter Q&A with two Berlin-based chief executives and venture capitalists Dominik Matyka (@dominikmatyka) and Ralph Eric Kunz (@RalphEKunz). Matyka is Partner at Calvary VC, a (pre)seed fund with true value add for founders; Kunz is Managing Director at Catagonia, a venture capital firm investing in mobile internet, social network apps, location and internet based services.

Both are members of the YPO Berlin Chapter, which includes nearly 40 of Germany’s top chief executives amongst its membership. Learn more about YPO’s presence in Europe.

Here are highlights from the conversation. Search #YPOLeadership on Twitter to see the full discussion. *Editor’s note: Some of the responses have been edited for clarity and do not reflect Twitter’s 140-character limit.

WHY IS GERMANY SUCH A HOTSPOT FOR ENTREPRENEURS?

Dominik Matyka: Top educated people, good infrastructure, a working and growing economy, and deep networks, especially in Berlin. There is a growing VC base—Berlin is faster than any other city in Germany! Competition is also harder; if you make it here, you make it everywhere.

Ralph Eric Kunz: Berlin is the place where young people can prove themselves better than in any major city in the world. It is a place where establishment is seen as boring and innovation as thrilling. Berlin itself is a startup that had to start fresh in 1989. I would say that it has now arrived in “growth phase.”

WITH MORE THAN 2,500 STARTUPS IN BERLIN, WHICH COMPANIES STAND OUT AND WHY?

DM: Some great companies are FreightHub and ShowHeroes, both seed investments from Cavalry VC that have great teams and fast execution. And my own, a stealth PropTech venture that I’m starting now. 😉

RK: First of all, there are the obvious ones like Zalando (already IPOed) and SoundCloud, a company with a global footprint and big potential. Then are many promising others like Firmen-Kfz.de or Hardscore Games from the Catagonia portfolio. Other great companies include Monoqi (founded by a fellow YPO member) in the design space, and Vive, a language-learning app from the Catagonia portfolio.

HOW DO YOU CHOOSE THE BEST INVESTMENT OPTIONS AMONG THE MANY STARTUPS IN BERLIN?

DM: 1. Understand the idea and the market that it wants to cover—don’t invest in companies you do not entirely understand; 2. Screen the team. Experience and education, as well as entrepreneurial behavior, are good indicators for success; and 3. Networking: Use your network, share experiences and talk to experts.

RK: Also, understand the value that the company intends to create for each stakeholder and whether it is unique. In the end, there is always a bit of trial and error.

WITH BREXIT, WHAT ARE SOME CHALLENGES FACED BY ENTREPRENEURS IN GERMANY OR EUROPE?

DM: It is hardly foreseeable. In the worst case, the United Kingdom loses its well-educated students, its investors and the best startups. It could mean the end of the British startup landscape especially the FinTech industry (more long-term, definitely not short-term). It could be harder for startups to hire British employees and, vice versa, it could be harder to work in the UK. Convenient cross-border commerce and freedom of movement for workers within European Union are key factors for the success of many.

RK: Personally, I am not even convinced that it will come to Brexit. Protectionism is a huge threat to Europe and the global economy. The Brexit impact on the startup sector will be smaller than in established industries. The English language will remain an attractive asset. 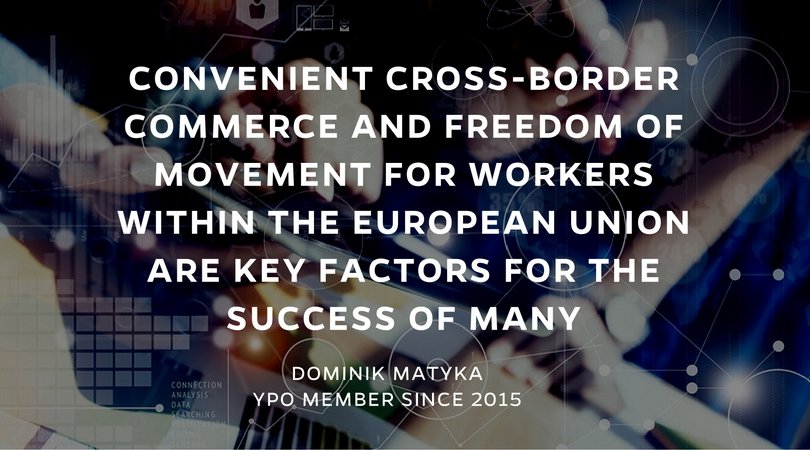 WHAT ARE SOME BUSINESS OPPORTUNITIES IN GERMANY POST-BREXIT?

WHAT TRENDS ARE YOU SEEING IN THE GERMAN TECH SECTOR?

RK: Money is moving away from AdTech and commerce into AI (artificial intelligence), bots, mobility and FinTech.

WHAT IS THE BEST ADVICE FOR A YOUNG, FIRST-TIME FOUNDER/CEO?

RK: Try to understand what the secret sauce is in the industries you are looking at. Get new perspectives. Don’t analyze too long, but get started if you feel you are on to something. Many times you recalibrate on the way.