Edtech startup Enuma began raising its Series B round in the fall of 2019 and had its initial close in February 2020.

But it was when Enuma’s CEO, Sooinn Lee, traveled to Asia earlier this year to meet with investors that she felt they had a “strong sense of urgency and interest,” COO Eugine Chung said. Lee had to have her temperature checked whenever she entered a building in Singapore, and schools in East Asia were shutting down as COVID-19 became a crisis.

“She told me, ‘Eugine, I think we should try to close this round as quickly as possible because it’s different out here in Asia, the way that COVID is being treated,’” Chung said. “And we could also anticipate school closures happening in the U.S., too, because we could see how the pandemic was quickly spreading, how seriously people were taking it in Asia.”

The company, which makes applications to teach children foundational reading and math skills, ended up finally closing its $9 million Series B in May. Enuma is one of several startups that have seen a surge in demand since COVID-19 was declared a pandemic and many schools moved to distance learning. And now that the new school year is starting, many school districts are still implementing remote learning, at least for the first few weeks.

Edtech’s been in the spotlight lately, given how much COVID-19 has changed the way students are learning. We pulled the numbers to see what the sector’s funding has looked like so far for this year, compared to years prior.

While the number of deals has gone down since the peak of the five-year period we looked at, the deal sizes are bigger. Edtech startups raised about $4 billion between January and July 2018 across 427 deals (the peak). In the first seven months of 2020, companies in that same sector raised $4.1 billion across 279 deals.

A note about the data: the numbers include funding rounds for edtech and education startups, and do not include private-equity rounds for non-venture-backed companies.

For U.S.-based companies, edtech funding between January and July 2020 reached $706 million across 85 deals. That’s up slightly from $678 million during the same period the year prior, but the number of deals is down from the same time frame in 2019 at 108 deals.

As shown in the chart below, edtech funding for U.S.-based companies has remained pretty steady over the past five years for the January through July period, although the number of deals has been on the decline.

Anecdotally, some edtech startups also report increased investor interest in their companies. Matt Cooper, CEO of creative-focused online learning startup Skillshare, said the company had a much higher “hit rate” than usual for first meetings with investors when raising its Series D.

Cooper noted the higher hit rate was probably because of increased usage of Skillshare and the fewer logistical challenges that came with scheduling meetings over Zoom, versus the logistics required to meet in person. The company ended up having about 65 first-round Zoom meetings with investors, each lasting about 90 minutes.

The second round also had a lot of interest, Cooper said, with Skillshare receiving more term-sheet offers than it expected. The company announced a $66 million Series D last week (the round is not included in the dataset for this story).

Cooper said the investors he met with fell into three categories: 1) those who saw the pandemic as accelerating trends that were going to happen anyway, 2) those who were concerned that the pandemic was pulling demand for products from 2021 into 2020, and 3) those who were uncertain about the future and were opting to sit on the sidelines.

But, “there were a significant (number of investors) that saw a global trend that was being accelerated,” he noted.

It’s a sentiment that was echoed by Noodle Partners’ CEO and education entrepreneur John Katzman.

“I think education overall, it’s just really about COVID as an accelerant, changes that were already underway,” he said of the adaption of edtech.

We’re in the second half of 2020, and schools are starting up again—but many remotely. COVID-19 doesn’t look like it’s going away anytime soon, so there’s still plenty of time for those edtech funding numbers to climb even higher. 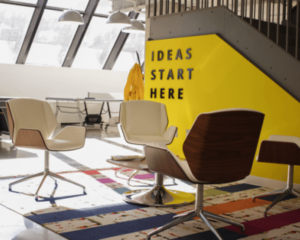 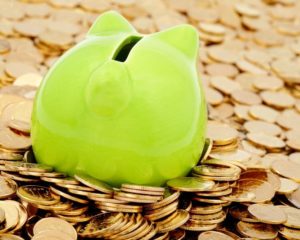