What happened in the world of German startups this week?

The Berlin FinTech startup Fincompare (German) raised €2.5 million (€2.8 million) in a seed round with help from Speedinvest, an Austrian venture capital firm and Uniqa, a Austrian insurance company. Several Berlin-based business angels, like André Bajorat, also invested in the team of 30. The startup hopes to become Europe’s leading finance platform for small and medium-sized enterprises.

The Berlin-based startup Yeay, which launched in 2015, collected €4.4 million ($4.9 million) in a seed round, according to Tech Crunch. The round was led by Grazia Equity and Mountain Partners among others. The mobile app lets users buy and sell items using video: Think Ebay meets Snapchat.

Energy group Innogy invested an undisclosed amount in the FinTech startup Xtech. The startup is developing a payment method using the blockchain technology Ethereum, a cryptocurrency created in 2013.

Project A invests €8.5 million in Misterb&b

The German investor Project A Ventures invested €8.5 million in the French startup Misterb&b. The startup is out to create a portal that helps lesbian, queer, transgender and bisexual individuals find rooms or apartments to rent, where their sexual orientation will be respected and welcomed.

Jodel to expand into US with $6 million

The Munich-based startup Jodel collected $6 million from Silicon Valley investors in a recent financing round. The app, which lets users post anonymously, wants to take the app overseas, despite a similar US startup, Yikyak, going under.

The US company Boston Logic bought Propertybase, a Munich-based startup that offers management software for agents, brokers and administrators, for an undisclosed amount. Founded in 2010, Propertybase offers its service in over 60 countries and was backed by Bayern Kapital, High-Tech Gründerfonds, Neuhause Partners and others.

Snapchat to open office in Hamburg

Snap Inc., the company behind the app Snapchat, announced plans to open an office in Hamburg. The office will help the company cater to the German market and is set to open in summer 2017. 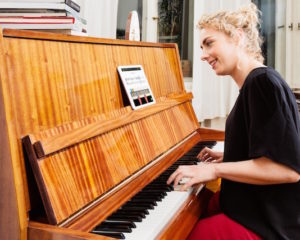