The Berlin startup scene used to be all about Rocket Internet, the company-building giant (or clone factory, depending on your point of view). The company has developed a portfolio – including star performers Delivery Hero and HelloFresh – that’s valued at €6 billion. “The Rocket empire put Berlin on the map, but now more and more rising companies have an independent background, like SoundCloud,” Lukas Kampfmann, CMO of Factory Berlin, a startup co-working space, says. This second wave of Berlin startups is not only more independent; it’s also more international.

American entrepreneurs Naren Shaam of GoEuro and Suchit Dash of Dubsmash say the ubiquity of the English language in the city combined with its youthful feel and cheap rent was what convinced them to launch their businesses there. “Berlin is now second to London in Europe’s startup ecosystem,” says Yann de Vries of investment firm Atomico. “US investors are coming more and more, with bigger rounds.” Kampfmann agrees: “The signal was the [$19 million] investment by Sequoia in Wunderlist in 2013. Now there’s a lot of money coming from international investors.”

Even though the first quarter of 2016 included the highest number of investments ever (54), the amount of funding – $222 million – fell below that of any quarter in 2015. But Berlin’s diverse startup ecosystem remains unpredictable. As recently as the summer of 2015, nobody saw Dubsmash coming. “There’s a trend towards hidden champions,” says Katja Nettesheim, founder of _MEDIATE. Deep tech and engineering startups keep thriving, echoing Germany’s industrial tradition. According to de Vries, what’s clear is that Berlin “is at a tipping point”.

Schönhauser Allee 180, 10119
Lisa Lang, a former engineer, couldn’t find clothes to “express her nerdiness”, she says. In 2014, she founded (and fully financed) her own fashion technology house, focusing on light wearables. ElektroCouture sells LED jewellery and clothes that glow in the dark – including a jacket that changes colour based on texts it receives. Lang has produced clothing for Lufthansa, IBM and Intel and sells her collection on ASOS, and, soon, Amazon.
Splash
splashapp.co

In 2010, Naren Shaam visited 14 European countries and got frustrated with rail and coach companies not allowing multimodal bookings. “There was no way of knowing what was the fastest or the cheapest way,” says Shaam, 33. So, in 2012, he launched GoEuro, a continent-wide service offering all modes of travel. It now covers 32,000 rail and bus stations and 207 airports in 12 European countries. The site, which counts ten million monthly users, has raised $76 million.
Kitchen Stories
getkitchenstories.com

University friends Verena Hubertz and Mengting Gao often organised dinner parties but were disappointed by the quality of cooking apps on the market. So they launched their own, Kitchen Stories, in 2014. Available in 12 languages, it offers original video recipes, step-by-step photo instructions, an integrated timer and auto-generated shopping list. The founders say it has ten million users in 150 countries.

Founded in April 2014 by Fabian Siegel and Till Neatby, Marley Spoon delivers ready-to-cook recipe boxes. The service, which develops ten new recipes per week and claims to use fresher ingredients and produce less waste than supermarkets, has raised $27.5 million in funding since its launch. The startup has delivered food to 2.6 million households in Germany, the UK, the Netherlands, Belgium, Australia and the US.

Dubsmash
dubsmash.com
Karl-Liebknecht-Str 5, 10178
In June 2015, selfie-style videos synced with audio clips from pop culture took social media by storm. The company behind them was Dubsmash – launched in November 2014 by Jonas Drupel, Roland Grenke and Daniel Taschik. Its app allows users to record themselves with their favourite song or movie soundtrack, available in Dubsmash’s sound bank, and share the video with their friends.
The app reached number one in the App Store in 29 European countries and its 100 million users create 35 videos per second.
“A lot of the content is very conversational,” says Dubsmash president Suchit Dash. To this end, the company recently launched Dubchat, a messaging service on its own platform. “In a few years’ time, the main tool to communicate will be the camera,” Dash says. It has raised $5.5m in a series A led by Index Ventures.

lesara.com
Schwedter Str 36a, 10435
Founded in 2013 by Roman Kirsch, Robin Müller and Matthias Wilrich, Lesara is an online fashion retailer that closed €15 million in funding led by Northzone in 2015, taking its total to $23.8 million. It claims to have an algorithm that detects fashion trends early and works with factories to produce more than 50,000 low-cost products faster than traditional retailers to customers in Germany, Luxembourg, the Netherlands, Austria, Switzerland and Italy.
Blinkist
blinkist.com

Friends Sebastian Klein, Niklas Jansen, Holger Seim and Tobias Balling found it hard to continue learning after leaving university. In 2012, they launched Blinkist, an app that summarises non-fiction books in 15 minute “blinks” that can be consumed in audio or video formats. The startup has raised $6.74 million – including $4.3 million in January 2016 from Greycroft Partners in series A funding. More than 1,400 books in 16 categories are available for the platform’s 800,000 users, from corporate culture to parenting.
DOJO Madness
dojomadness.com

Jens Hilgers and Delivery Hero co-founder Markus Furmann are veterans of the e-sports scene through their investment company Bitkraft. In 2014, the team launched DOJO Madness, for gamers to master their play using machine learning. LOLSUMO, their personal coaching app for League of Legends players, has 70,000 daily users. The company raised $4.5 million in series A funding led by March Capital Partners.
Movinga
movinga.com

Founded in 2015 by Bastian Knutzen and Chris Maslowski, this online removal company provides relocation for, it claims, 70 per cent less than other companies. The firm – which has raised $31.82m, including $25m from Index Ventures – has moved more than 10,000 households’ property in Germany, Austria, France, Italy and Switzerland by licensing third-party vehicles that were not being used. The service will expand to Benelux and Scandinavia soon. 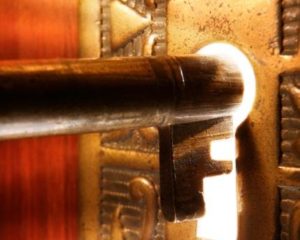 Rocket Internet Leaves Us Groping in the Dark