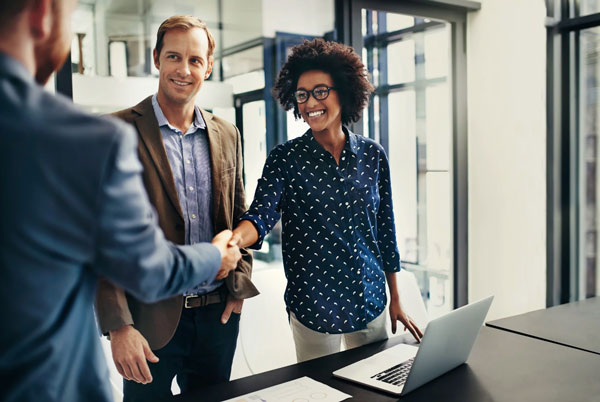 Audio-only social app Clubhouse, which exploded in Europe this year, has proven popular among European founders, VCs and journalists, with some of the biggest names in tech hosting regular panels, fireside chats and pitching contests.

In Germany — which has the second highest number of downloads outside the US — Clubhouse has also provided a platform for digital-savvy politicians (including its health minister, Jens Spahn) and members of the startup community to mingle.

“In the beginning, users had direct access to very interesting people from politics and business. They had the feeling of being among ‘themselves,’ so they talked very openly about stuff they would otherwise not say publicly,” says John Stanley Hunter, journalist at Finance Forward.

But while Clubhouse has opened up conversations in Germany that might otherwise be kept behind closed doors, some people have struggled to get a look-in on the platform.

A number of users told Sifted last month that the representation of women and people of colour in particular has been lacking on Clubhouse. And with many conversations happening in German, some international users have been locked out of key debates.

The beginning of German Clubhouse

Boris Radke, director of corporate affairs and workplace experience at travel startup Omio, says that you only have to look at the “founding cradle” of Clubhouse in Germany to understand why the platform initially lacked diversity.

Clubhouse ostensibly arrived in Germany after Phlipp Gloeckler, who hosts the Doppelgänger podcast with Philipp Klöckner, received an invite and then spread invites around via a Telegram group.

Since then, invites have been passed around among a “predominately white male community,” adds Radke. This is in stark contrast to the US which had a diverse user base from the start, with celebrities from MC Hammer to Oprah Winfrey being among the earliest adopters.

“Clubhouse is a proxy for the wider diversity issue in the tech and startup community.”

“In mid-February, I started to see more black founders in Germany organising rooms on the app — but I could still only count them on my hand,” says Kave Bulambo, director of talent acquisition and diversity and inclusion EMEA at SmartRecruiters.

“This is totally down to the invite-only policy,” adds Bulambo, who founded Black in Tech Berlin to advance the inclusion of black people in German tech. “On Meetup or Eventbrite, I can simply sign up to participate — whereas on Clubhouse, I need to be in someone’s phonebook, and someone needs to personally invite me.”

“If people from your community aren’t on the app, no one is going to think about adding you onto the platform. It’s just not their priority.”

Pippa Lamb, partner at Sweet Capital and an angel investor in Clubhouse, thinks the app isn’t necessarily to blame. “Community platforms are microcosms of the real-life community that they serve. In this case: Clubhouse is a proxy for the wider diversity issue in the tech and startup community,” she says.

“The problem with diversity extends beyond a single company or product issue, and I hope this will shift over time.”

Jewell Strong-Sparks, corporate innovation strategist and diversity and inclusion in tech expert, agrees that the lack of diversity on German Clubhouse is down to a “network issue.”

“Many of the people using Clubhouse in Germany don’t have diversified social circles — which is a wider issue in the German tech scene as a whole,” she told Sifted.

“Women and underrepresented groups — [that may not have the necessary connections] — have had to fight to get the positions that they have professionally. That’s why we all need to do a better job of opening up our circles and being more inclusive.”

The difference to the UK, where some of the most active users of Clubhouse have been people of colour in tech, has been noticeable.

“The biggest contrast with Germany is the visibility of many people of colour in the UK tech and VC ecosystem,” says Dama Sathianathan, a German national and partner at London-based Bethnal Green Ventures.

“In Germany, if you’re visibly different, there’s more of an expectation towards assimilation, rather than integration — which has shaped so many aspects of culture in Germany — and that’s also reflected in the tech ecosystem and I guess on Clubhouse.”

“People often ask what exactly is being done about diversity in tech in Germany, and I can honestly say ‘nothing much’,” says Bulambo.

This “lack of effort” toward diversifying European tech shows in recent statistics.

While data for Germany specifically isn’t available, the latest State of European Tech survey by Atomico revealed that only 2% of respondents self-identified as Black/African/Caribbean. None of them raised external capital.

Even more startling: 0.5% of self-identifying Black/African/Caribbean founders who responded to the survey have raised funding in Europe, compared to 84% of White/Caucasian founders.

“People often ask what exactly is being done about diversity in tech in Germany, and I can honestly say ‘nothing much.’”

“A lot of diversity talks in Germany centre around gender, and that’s what everyone feels comfortable with,” explains Bulambo. “The German government is even reconsidering having quotas for employees with migrant backgrounds to work in public office — but they’re ok with having quotas for women.”

“If diversity [when it comes to race] isn’t a priority for the government then you can only imagine what it’s like in the business space.”

Diverse from day one

If Clubhouse’s founders are serious about making their product accessible to a diverse audience, they need to think about their own hires, says Anu Adebajo, a VC and LP based in Sheffield, UK.

“A significant proportion of users are black, for example, and are driving the largest volumes of traffic to Clubhouse,” she told Sifted. “The Clubhouse team needs to be diverse and reflective of its user base to be able to understand what’s going on and respond accordingly to any issues.”

Clubhouse has already come under fire for having insufficient moderation tools on the platform, which are needed to combat instances of hate speech. The platform has also been criticised for its lack of affordances for people with hearing impairments and other disabilities.

“Clubhouse is acknowledging the various issues facing the platform in terms of abuse, predatory behaviors and financial scams. A clear strategy to fight these issues is not visible yet, but things are heavily evolving,” says Radke.

– You need to plant the seeds from day one (guidelines & culture) ?
– You can’t outsource community building, it needs consistent fertilising by you ?️
– Bad seeds will fertilise & grow, this can damage your community so act fast ?

It’s essential for the platform to have built-in mechanisms to ensure it’s a “safe space” for all users, says Bulambo.

For example, including a chat option in Clubhouse rooms could make those who would prefer to write down, rather than speak aloud, their thoughts feel more comfortable. It could also be a way for moderators to lay down rules for the conversation before it begins, like encouraging speakers to share their pronouns.

Clubhouse has a positive future as a social app, says Lamb — if it can find ways to make the platform safe and accessible to everyone.

Apps in the social audio space have huge potential to “bring people together across common interests, and democratise access to conversations that were previously hidden behind closed dinner party doors,” she explains.

There has already been evidence of this on the platform. In Berlin, Clubhouse has been used as a tool to open networks and create opportunities for people in tech across borders. The female founder community has been particularly active in hosting events to help women tell their own stories, inspire each other, and make an impact on female leadership and equality.

Congrats @joinClubhouse you hired two new great women!! What a way to kick off the new year!! Being American, living in Germany.. The app has been a lifesaver for me!! Thanks for creating!!? https://t.co/CKcY5iwjes

“Across the globe, we’re seeing talent from underrepresented groups being showcased on Clubhouse. This is one of the few technologies that has built this awareness, and I think it’s one of the most beautiful things that exists,” says Strong-Sparks.

“Clubhouse is like a podium,” concludes Radke. “Through the magic of audio, you can create an intimacy and personality that you would never have on Twitter — because you can hear the other person’s voice.”

“The kinds of human conversations that are created on Clubhouse aren’t happening on any other platform right now.” 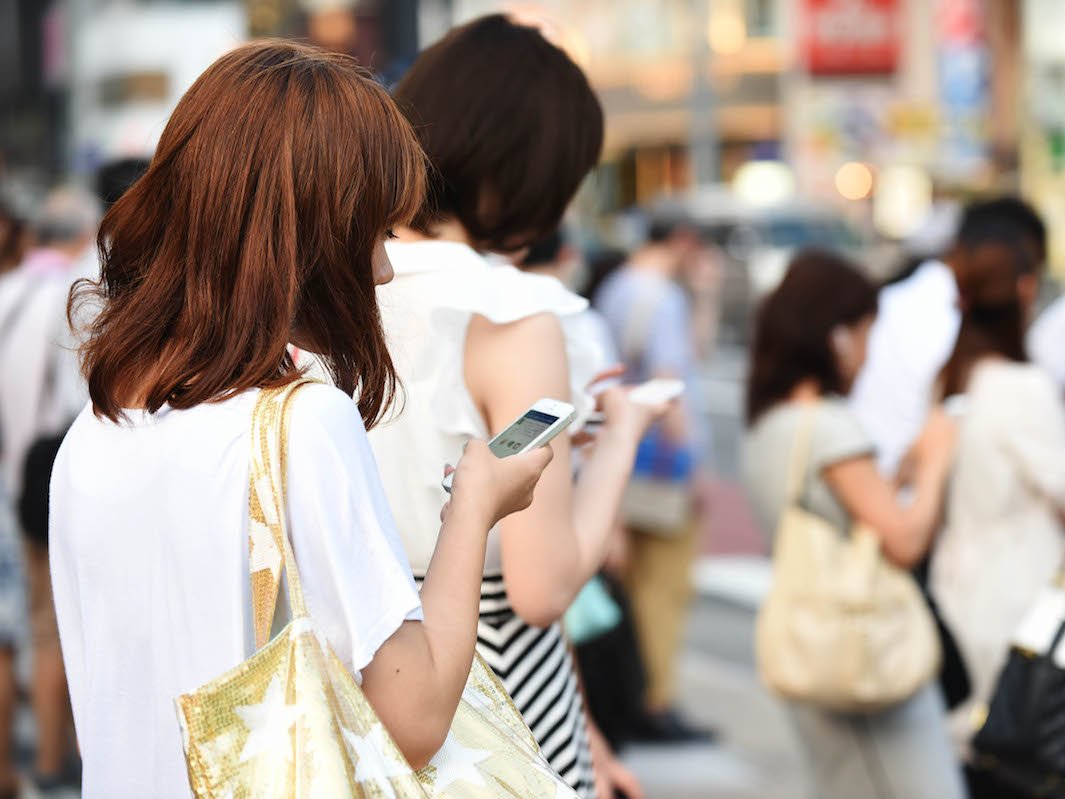 Is ‘community-washing’ the new greenwashing?